The Gospel according to Europe`s national populists 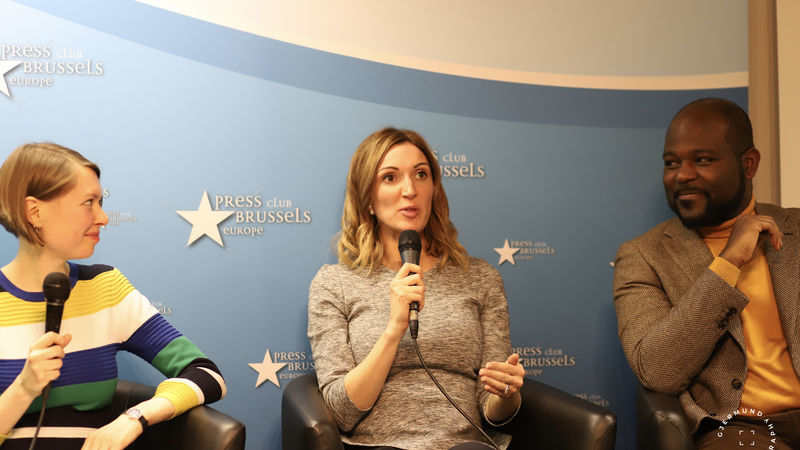 Written by Susan Kerr, editor of Skaperkraft`s "Is God a Populist?" and Senior Research Fellow at the Religious Freedom and Business Forum

Present in most European countries, national populists have enjoyed rising support at general and European elections. Strikingly, as they have grown, several prominent populist parties have branded themselves as defenders of Christian values. With church attendance falling across Europe, this seems like bad political strategy and should raise eyebrows. Are such claims genuine or do they provide a smokescreen to legitimise unchristian policies?

The 'populist' label is now proudly owned by those it once stigmatised. Populism proposes a political alternative where dissatisfaction with political elites is high. At its core, it is an antagonistic form of politics that pits 'good' ordinary people against elites who seem unresponsive to their voice. Populists offer to represent this voice.

Hungarian Prime Minister Viktor Orbán, for example, claims to run a Christian government and in 2018, the protection of Christian culture was enshrined in the Constitution. Two years earlier, a ministry was opened for persecuted Christians that has provided assistance to Christians in the Middle East. While such help appears admirable, as British-Hungarian former vicar, Alexander Faludy, has noted: "The persecution of our brothers and sisters is vulnerable to propagandist manipulation by unscrupulous political interests. A just cause can be transformed, with disturbing ease, into a freighted 'culture-wars' marker."

Hungarian government action must be seen in the context of its broader politics of 'illiberal democracy'. Hungary has also criminalised homelessness and offering assistance to asylum seekers, narrowed civil and political rights, and undermined judicial independence, academic autonomy, press freedom and the ability of NGOs (including the national chapter of Amnesty International) to operate. Most recently, the coronavirus pandemic has given Orbán the perfect cover to gain sweeping new powers from parliament to govern indefinitely by decree.

An elephant in the room is what Christian values actually mean? Seen abstractly, where people can insert their own meaning, this messaging appeals more broadly than to practising Christians alone. Pew Forum research shows that most Europeans consider themselves Christian, even if most do not attend church. Christian identity can mean a personal identity, linked to belief in God, a collective identity about belonging to a body of believers, or belonging to a Christian culture in a type of 'imagined community' as theologian Joel Halldorf argues in the book Is God a populist?, of which I am editor. This is more about adopting a nostalgic Christian identity in an era of social fragmentation and individualism than about God.

Practising Christians are undoubtedly not immune to populist appeals. They may be particularly susceptible to messaging that uses familiar terms and symbols, despite new populist interpretations. Populist narratives naturally focus upon a struggle of the good versus an enemy to be overcome.

As Ondrej Kolarovsky argues in Is God a populist?, "Populists often focus on an enemy and not on the problem. Christians may be susceptible to such simplifications as Christian teaching regularly makes sense of the world through dichotomy—'god' and 'the world', light and darkness, material and spiritual, sacred and secular."

However, these dichotomies should be viewed in context in order to avoid leading Christians into the same binary thinking as national populists. The Bible is replete with messages encouraging Christians to think holistically, and to seek wisdom.

Moreover, Christians in former Communist, religion-oppressing countries—like in Western Europe where secularisation has shrunk Christian voices in public debate—may view an opportunity to assert greater political influence. But church-state 'pacts' can come at considerable cost in dealing with authoritarian governments, leaving society vulnerable to the effects of illiberal democracy over time and damaging integrity and Christian witness.

Theologian Jürgen Moltmann, in his helpful contribution to my book, argues instead that "Christians should confront [national] populism with optimism and universal solidarity".

As national populist parties claim to defend Christian values, Christians are best placed to detect inconsistencies and some prominent Christians have already spoken out. The Hungarian Evangelical Alliance did so by publishing an Advent Statement at the end of 2019 denouncing the manipulation of Christian values by a government that it argues has not displayed them.

In Germany, prominent Protestant and Catholic church leaders have vocally expressed concern at the rise of populist party Alternative for Germany (AFD), which portrays itself as a bulwark for Christian values. In 2017, Cardinal Marx referred to a series of political red lines that Christians should be careful not to cross including xenophobia, excessive nationalism, racism and discriminating against other religious communities. A Christian publishing house also published an empty pamphlet on Christianity in the AfD, a vivid denunciation of the party's lack of theologically Christian content.

Christians are called to live and flourish in community with others, where at its best, politics is a means of striving to realise ideals that foster a just common life. As such, it is crucial that Christians in churches across Europe discuss these issues internally and speak out in response to anti-democratic populist politics of exclusion in their name. Christianity may not offer a clear political roadmap and Christians often disagree. But if Christians turn a blind eye, resign themselves to fatalism or allow themselves to be wooed by populist messaging despite the warning signs, they may find themselves on the wrong side of history by breaking core principles of Christianity itself.

Susan Kerr is the editor of Is God a Populist?, co-authored by Jürgen Moltmann, Jan Figel and Christel Ngnambi et al.  She is the former Europe Team Leader of Christian Solidarity Worldwide and is currently a Senior Research Fellow at the Religious Freedom and Business Foundation.